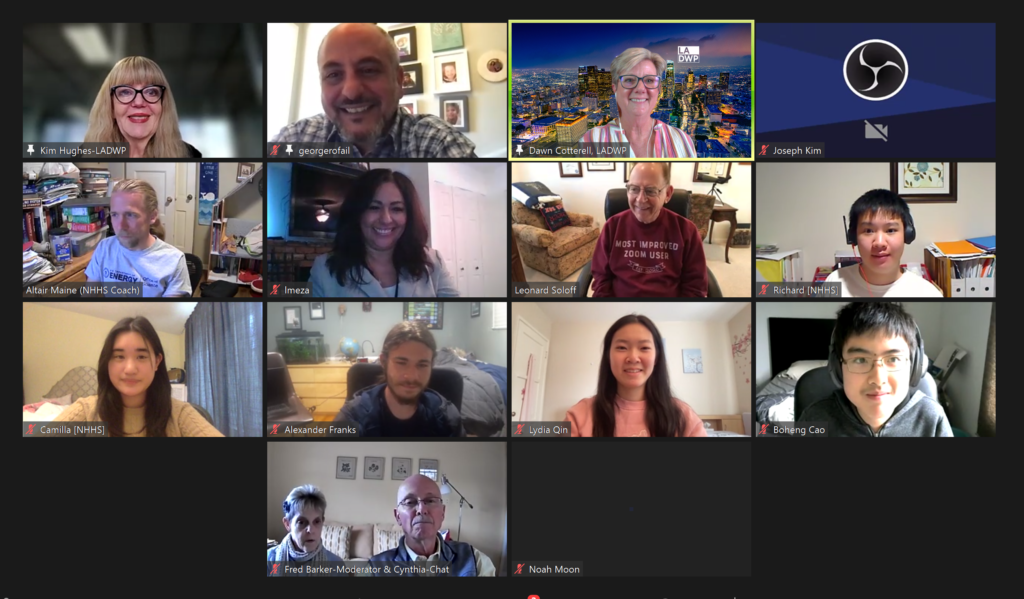 North Hollywood Senior High School team members will each receive the $1,000 Hitachi Scholarship and the school will receive $3,000 for their Science Department. As the winning team, North Hollywood Senior High School will compete against more than 60 high school regional champions from throughout the country including the District of Columbia and Puerto Rico at the Department of Energy National Science Bowl. A total of eight teams from California will participate.

North Hollywood Senior High School High School will also receive the Melinda Rho Memorial Trophy named in memory of the late LADWP employee and dedicated Science Bowl volunteer. For more than 25 years, Melinda Rho was involved in all aspects of the Science Bowl.  She served as the LADWP Manager of Regulatory Affairs in the Water Quality Division, ensuring the safety of the city’s water supply.

In addition to LADWP and the U.S. Department of Energy Office of Science, Science Bowl sponsors included the Hitachi Southern California Community Action Committee, the Water and Power Community Credit Union and the Los Angeles Unified School District. The event was also made possible through the efforts of more than 70 volunteers, mainly LADWP employees, their families and past Science Bowl participants.

Each year, LADWP Science Bowl tests the teamwork skills and knowledge base of the region’s sharpest students using a game show format where students try to beat the clock, and each other, to answer science-based questions.

The National Science Bowl is among the nation’s largest science-based academic competitions and the only one sponsored by a federal agency. Since its inception in 1991, more than 325,000 students have participated in the program.

LADWP is one of a few utilities in the nation that serves as a coordinating regional Science Bowl sponsor and host. LADWP is the nation’s largest municipal utility, with 8,019 megawatts of electric capacity and serving an average of 435 million gallons of water per day to the 4 million residents of the City of Los Angeles, its businesses and visitors. For more information about LADWP, visit www.ladwp.com.