LOS ANGELES (April 27, 2021) – The Los Angeles Board of Water and Power Commissioners today unanimously adopted a resolution that will pave the way for a two-year demolition project of Valley Generating Station’s original four Units and associated structures set to begin in early 2022. The units have not been operational since 2002. The […] 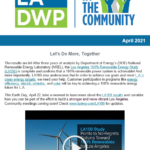 LOS ANGELES (April 11, 2021)—Crews have completed repairs and all customers who were affected by the outage have been fully restored. Thank you again to our hard working crews who worked tirelessly to repair damage caused by the vehicle accident. Customers were restored in phases with the first group restored at 2am, and all remaining […]

LOS ANGELES (April 10, 2021) –Around 7:40pm, 620 customers had their power restored, thanks to our crews who have been working around the clock to repair damage to our overhead power poles and underground power equipment caused by Thursday’s car-to-pole accident. Crews are completing underground cable work and will continue to work throughout the night […] 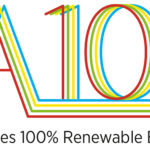