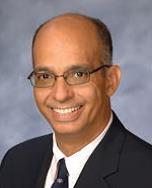 As I conclude my five years with the Los Angeles Department of Water and Power, I have been thinking a lot about my uncle, Rev. James Hester Hargett, who has always been my conscience, my guide, my hero.  He passed the torch of transformative justice and community activism to me. And now I’m handing it to you.

As the West Coast head of the Southern Christian Leadership Conference, Rev. Hargett, my uncle, marched arm-in-arm with Rev. Martin Luther King in Selma, and played a major role in the Civil Rights movement. He had a bedrock belief in the dignity of all people, and the right of every citizen to vote. To get a good education. To believe that this is a country where dreams can come true.

In my five years with LADWP, there was not a vote I cast, a decision I made, a cause I championed, that was not inspired by Rev. James Hester Hargett. By the time I became a Commissioner, he’d had a stroke, and he passed in January of this year, but it was one of the greatest joys of my life that my uncle was able to attend my LADWP Swearing In ceremony in 2013.

The work we’ve done together at LADWP to create the Equity Metrics Data Initiative (EMDI) carries us on a path mapped by my uncle, Rev. King, Robert Kennedy and so many other justice pioneers of generations past. We can change the rules. We can work with the system to improve the system for people who’ve been disadvantaged by the system. Together, we have made extraordinary progress with the EMDI, and I believe it will have a new and powerful champion in Commissioner Aura Vasquez.

It’s a historic answer to a challenge that has perplexed policymakers for decades.  In the 1980s, Los Angeles Mayor Tom Bradley was dedicated to the equitable distribution of resources across the city.  That vision was not realized in his time, because we didn’t have the data necessary to enact the policies. Today, we have the data. That means we can establish equity in the metrics. With the EMDI, we have a tool for the people, to be used by the people, to make Mayor Bradley’s vision a policy reality.

As my uncle would tell you, social equity is not a solo act. I am grateful for the dedication of Mayor Eric Garcetti, the LADWP Board, General Manager David Wright, Department employees and our customers. The initial results of the initiative are encouraging.  LADWP provides various programs for all income levels. We can, at last, make affordable water and electricity accessible to all Angelenos. By adding a socio-economic lens to the programs and incentives that LADWP develops, we can be intentional about distributing our resources in an equitable way.

Although I departed the LADWP Board this summer, EMDI has been left in very capable hands with the support of the Department, community partners, all of the members of the Board, and you. In Commissioner Aura Vasquez, the Equity Metrics Data Initiative will have the guidance of a strong and passionate advocate, and will live up to the promise of being a tool that will benefit LADWP and all its customers.

My challenge to you, as you pick up the torch, is to make the EMDI the kind of initiative that voter registration and desegregation was in my uncle’s day. It can be enacted locally, and shared nationally. Make it part of your culture. Use it as a cornerstone for implementing the policy goals of current and future boards and management.

I want to thank the LADWP staff for getting behind such a bold and historic program and for working with me collaboratively for the past five years.  Fair, unbiased treatment under the law is not always assured our most vulnerable citizens. We have to take great care in protecting it where it exists, and cultivating it where it does not. Ever onward!