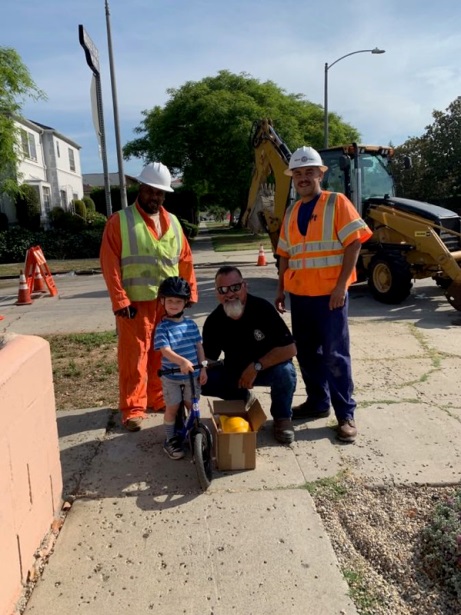 LOS ANGELES (August 1, 2019)–For a few weeks, 4-year-old Carter looked forward to seeing an LADWP Western Water District Mainline Crew pull into his neighborhood to work on a water pipe. The team was installing an 8-inch diameter main to ensure the reliability of water service to customers in the area of Hauser Blvd. between Venice and Pico. Carter and his dad watched the construction crew work from a safe distance, moving dirt and pipes with a backhoe. During their breaks, the curious boy asked the workers what they were doing. The team made sure to take the time to answer all his questions. At the end of the project, backhoe operator Martin Medina and the rest of the crew presented Carter with his own set of construction gear complete with a hard hat, traffic cones, stop sign and safety vest.

In a letter to LADWP, Carter’s father Garrett stated that upon receiving the gift his son was “over the moon with excitement.” He went on to say that the crew had “truly gone above and beyond the call of duty. I try to teach my son about being kind and to have gratitude. Our interactions with the crew have been a perfect example for him. I know you mostly hear resident complaints, but you have to know that these guys are not only working hard, but are also shining examples of what we need more of in our community and our world. Thanks!!!”

For their dedication to their work and to customer relations each member of the LADWP team was recognized with a notice of commendation on July 23, 2019 at the LADWP Board of Commissioners meeting. They are: District Superintendent Don Williams, Supervisor Charlie Alarcon, Senior Water Utility Worker Rene Herrera, Heavy Duty Truck Operator Charles Jackson, Water Utility Workers Clinton Jackson and Rick Garcia, and Maintenance and Construction Helper Victor Reynoso. 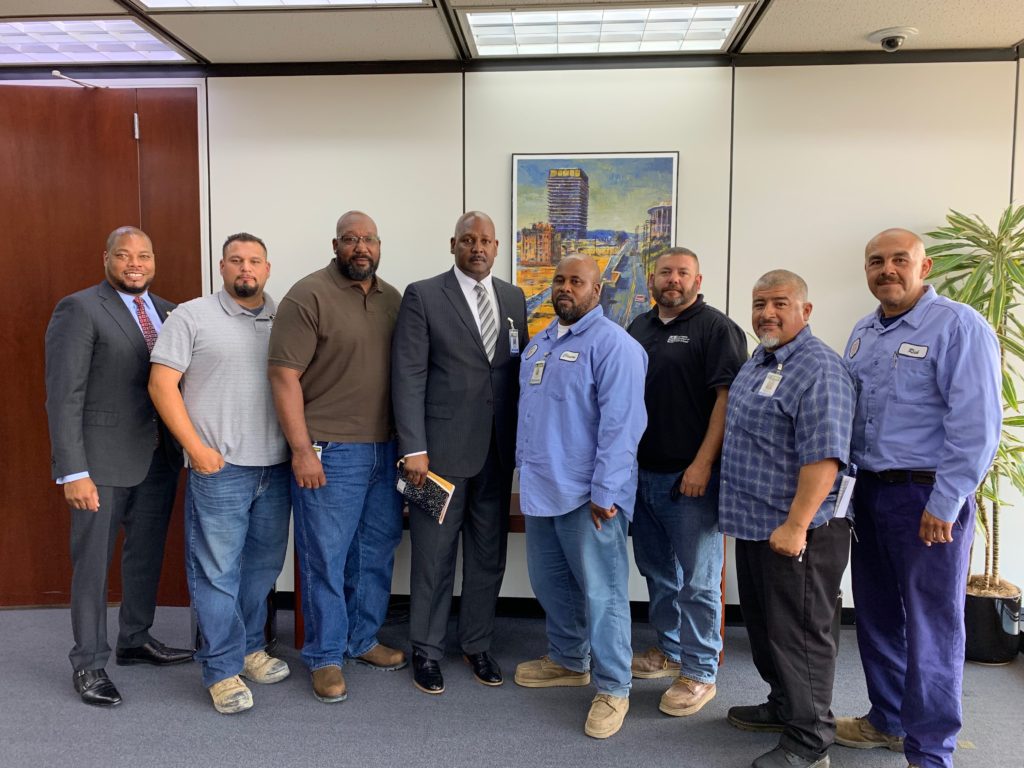 “These employees truly exemplify what it means to provide excellent customer service and be good ambassadors for the Los Angeles Department of Water and Power,” said Breonia Lindsey, Director of Water Distribution Division. “By always remembering that they represent a department that serves the people of the City of Los Angeles, this Western District Mainline Crew made sure to engage residents in a friendly, kind and generous manner.”

They most likely also won themselves a life-long fan and left a lasting positive impression on the community, embodying many LADWP employees’ commitment and dedication to our customers.