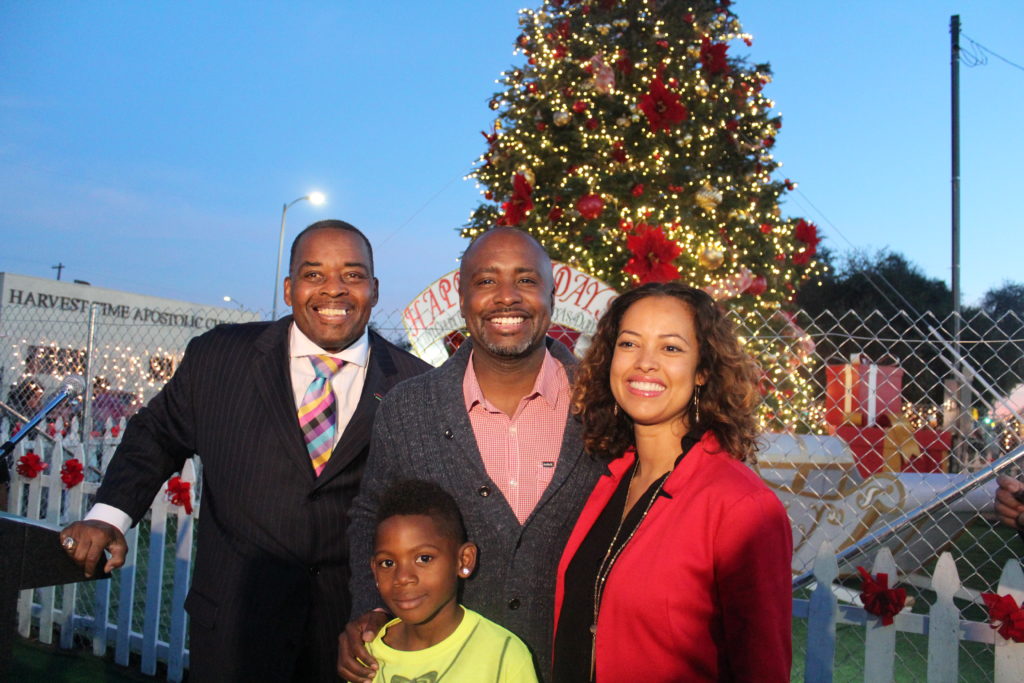 LOS ANGELES (November 30, 2017) – Councilmember Marqueece Harris-Dawson, representing the City’s 8th District, was joined by Los Angeles Board of Water and Power Commissioner Aura Vasquez on November 20, 2017 for the second annual tree lighting ceremony in South Los Angeles. Councilmember Harris-Dawson and Commissioner Vasquez were surrounded by neighborhood children as they flipped the switch to illuminate the 40-foot Spruce erected at the median on South Broadway at 101st street.

“I am so honored to bring this gorgeous tree to Broadway during this holiday season,” said Councilman Harris-Dawson. “A tree like this has the power to bring communities together and highlights the beauty of this neighborhood that many people don’t often see. I am grateful for the strong partnership with LADWP and the South East Neighborhood Council to help bring this tree to life.”

Before the tree lighting ceremony, members of the community enjoyed donuts and hot chocolate at the nearby Burton Technology Academy High School, courtesy of Councilmember Harris-Dawson’s office. Young drummers from the troupe “Drummers with Attitude” kicked off the festivities with a rousing performance of drumming and choreography that entertained children and adults in attendance.

Members of Los Angeles Department of Water and Power’s (LADWP) Streetlight Maintenance Section and Rebecca Sherrill from Streetlight Design worked behind the scenes in advance of the ceremony to bring electricity to the median so that the tree could be safely illuminated during the ceremony and throughout the holiday season, for the enjoyment of the community.

“It is an honor to represent LADWP at such a special event for the South Los Angeles community,” said Commissioner Vasquez. “Being able to power the lights for the tree lighting to help make this holiday a little brighter is just another way LADWP strives to provide excellent service to our customers, year-round.” 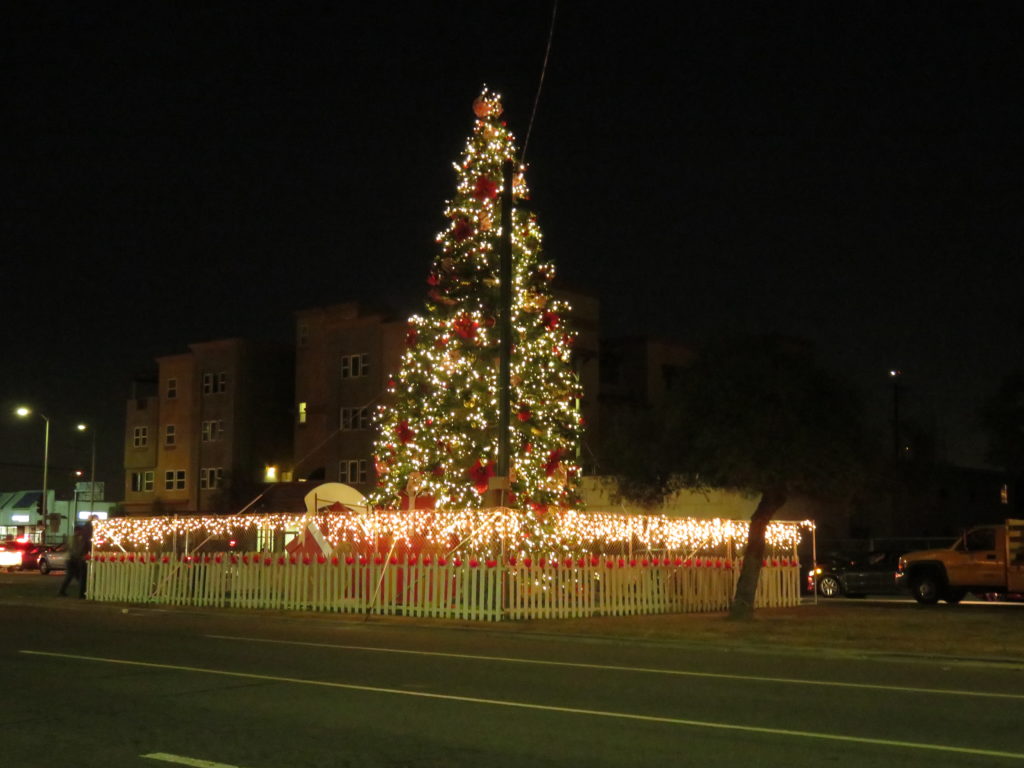