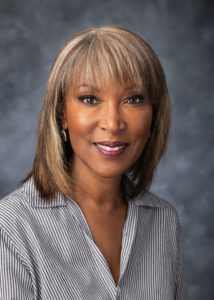 (Remarks delivered on June 23, 2020)–Last Friday June 19th, was a day celebrated by African Americans and others across the nation celebrating the emancipation of those who had been enslaved in the United States. Specifically, it commemorates Union Army General Gordon Granger’s arrival in Galveston, Texas, June 19, 1865, to deliver the news that all slaves in Texas were free.

Although President Abraham Lincoln’s emancipation proclamation had officially outlawed slavery almost two-and-a-half years earlier, enforcement of the proclamation generally relied on the advance of union troops. Texas being the most remote of the slave states had a low presence of union troops and as a result, the enforcement there had been slow and mostly nonexistent before General Granger’s announcement. So, Friday was a special day. Moving forward, in Los Angeles, Juneteenth will be synonymous with Mayor Garcetti stepping forward to make history on his own terms as part of our city’s ongoing march toward racial justice.

On Friday, I was privileged to be among the Los Angeles city commissioners present (via Zoom) as the Mayor signed Executive Directive Number 27 to advance racial justice and inclusion in every city department. He also named the city’s first-ever Chief Racial Equity Officer. In his remarks, noting the pain and anger that has manifest itself over the many weeks on our streets and the hunger for change, the Mayor took brave and bold steps forward to achieve racial justice, equity and parity in Los Angeles. In a statement remarkable for its frank honesty, the Mayor noted that the work of antiracism is a daily task. Not about what you have done for me yesterday, but what you are doing today and what your vision is for tomorrow. As the author James Baldwin observed, not everything that is faced can be changed. But nothing can be changed until it is faced. In that spirit, the Mayor is leading us all in an effort to meet the moment by shining a light, by measuring and holding accountable each and every facet of the city government, both internally and externally to do the work of justice every single day.

The first ever Executive Directive on Racial Equity is a vital step forward and in the words of our Mayor, one that is critical to turn this moment of anger and pain into a movement. Among other things, it directs each general manager, head of a department, or office to designate a racial equity officer. It directs the development by each city department of a comprehensive racial equity plan covering areas which include, but are not limited to recruitment, hiring, training, retention, promotion, and contracting. It requires the identification of department specific equity indicators; establishes a City of Los Angeles racial equity task force, which will include departmental racial equity officers and; lays the groundwork for the lawful reinstatement of affirmative action in the City of Los Angeles should the California electorate repeal Proposition 209. I am personally grateful for his leadership and proud beyond measure to serve as part of his administration of our government.

Talking about race at work is uncomfortable for most people. But for black people and many people of color, it comes with a very real fear that they will, one, be labeled as angry. Or two, that they’ll have to quietly listen to racist statements, sometimes uttered in ignorance, sometimes not. And quite frankly, that they might lose their jobs. This is not just a reality somewhere. It is a reality everywhere. Including right here, right now, at the Los Angeles Department of Water and Power. And the burden of having to constantly explain, educate and tell one’s individual story recounting the biases, be they explicit or implicit, that African Americans navigate with regularity in every aspect of their lives, in order to personalize what for many is at best an abstraction and too often, just an irritating reminder of things they believe have little present-day relevance… it is exhausting. But here we are. And I would be remiss if I were not specific about the areas that I want to see this department lean in on.

The department must engage and partner with its labor organization throughout this process. Labor has numerous tools at its disposal to reach communities of color that can be leveraged. Labor also has a role to play in contracting LADWP services. Any change initiative will fail if labor does not have a seat at the table to help shape the change initiative. Labor itself also needs to shape the statement of principles and policies and not have such policies imposed on its membership without having a voice. Labor should be viewed as an active and engaged partner with LADWP partners at senior and executive levels of the organization for this change initiative, and must not be treated as an adversary or in competition over ideas.

Companies must commit to equitable spending with African American-owned businesses that stand ready to deliver value to our industry and invest in capacity building, industry-focused African American small businesses. Additionally, there must be a commitment to support programs which develop and support small businesses. LADWP must support African American owned businesses and ensure full participation in department contracts and support African American employment among its contracted service providers. LADWP must support K-12 programs to prepare African American students to enter the workforce. In short, LADWP must provide leadership in renewing our workforce and offering solutions for our communities to address and reverse the impacts of systemic inequities and social, economic, and environmental injustices in the city of Los Angeles. I just want to point out, culture eats policy for breakfast, lunch, and dinner. And in that regard, LADWP must undertake efforts to transform its culture in a way that ensures that all races of employees are welcome in all sectors of LADWP.

I want to say that it’s not easy being an ally right now for people who are not black who are confronting and living through this moment. It’s not easy being a person of color and definitely not easy being a black person in America. All of us, at this moment must sit with this uncomfortable feeling. And for those of you who are experiencing it for the very first time, recognize it for what it is, your privilege to feel discomfort because you have not been living with racism and fear day in and day out. Realize that privilege doesn’t make you bad. It gives you a choice. How you use that choice defines the person you choose to be. And how collectively we confront this moment will determine the department and city we will be.

To General Manager Martin Adams, as you move forward to address the Mayor’s executive directive, I ask you to turn to inclusive and diverse groups to inform your strategies. I also look forward to a report back to this board at the next meeting with a comprehensive outline of how you intend to move forward addressing this directive as well as the specific points I have laid out. With respect to the internal workforce directives I have laid out, I look forward to convening with Commissioner Reyes, the Ad hoc Committee on Workforce and Employment Development to oversee and to work with you and your management team to see that these become a reality within the department.

With all sincerity, I appreciate the many conversations I have had with members of this department over the last few weeks. And the conversations that I have had, either in person or by email, with members of our board. I am encouraged and in fact excited by the commitment to meeting the moment, to introspection, to action and the determination to see change.