Seventeen-year old James Tait, son of LADWP North Haiwee Reservoir Aqueduct and Reservoir Keeper David Tait, had a great idea for this Eagle Scout project: building an ADA accessible bridge in Spainhower Park in Lone Pine, Ca. The project required an extensive amount of research, planning and design, and James was encouraged to connect with LADWP’s Northern District Engineering Group in order to get the subject matter expertise he needed.

The Department has been a long time sponsor of both the Boy Scouts of America and the Girl Scouts of America within the Owens Valley, and the Northern District Engineering Group in particular has worked on several Eagle Scout projects over the years.

“These opportunities do not come up near enough in one’s career, and go by very quickly. I readily accepted the opportunity to mentor another future engineer,” said Chuck Parkes, Northern District Civil Engineering Associate, who has counseled other Eagle Scouts throughout his tenure. “James is a tremendously gifted artist with great mechanical drafting skills, and he picked up quickly on how to build a scope of work and take on the role of project coordinator.” 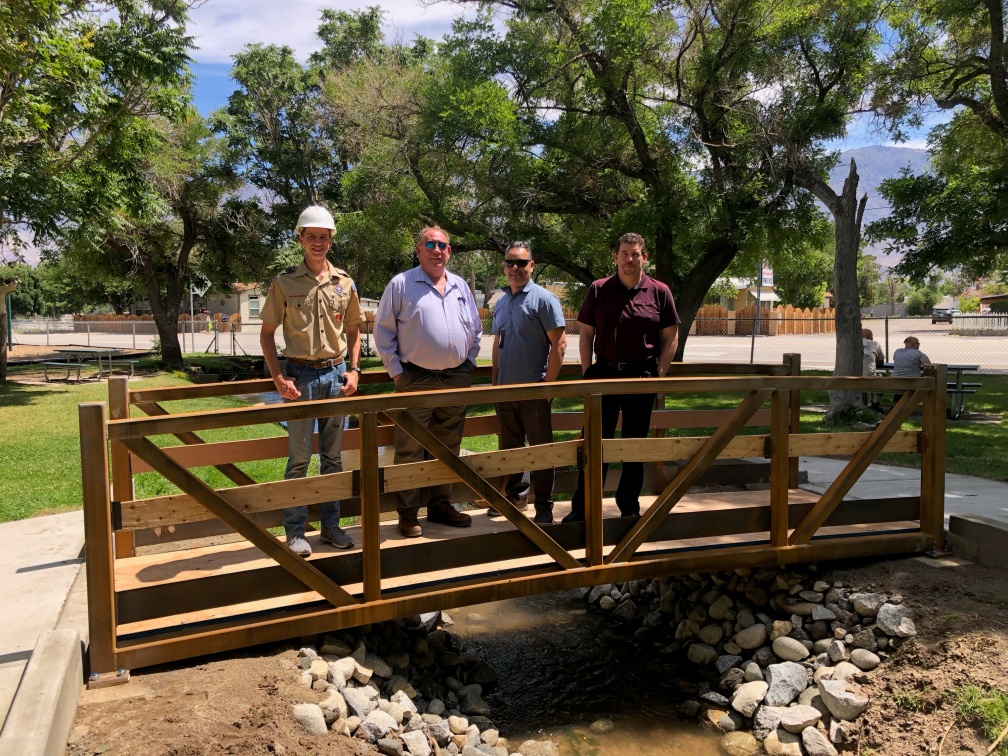 In addition to the Northern District Engineering Group, which helped James by engineering the bridge footing designs and drawings, many other LADWP Water Operations Aqueduct Section staff also supported the project. The Northern District Survey Group performed a complete topographic survey of Lone Pine Creek and the Spainhower Park property prior to engineering positioning on the new bridge. The Independence Construction Group helped with construction aspects and assisted James in coordinating with several other agencies and companies to accomplish the project, including Excel Bridge Manufacturing, which donated all of the materials for the bridge.

“I worked with James initially to help him understand scheduling considerations and dig alert requirements. I think I speak for the whole LADWP family in saying that it was gratifying to work with a motivated youth interested in contributing to his community,” said Todd Bunn, Independence Construction and Maintenance Supervisor.

Clarence Martin, L.A. Aqueduct Manager, was in awe of the collaboration and dedication LADWP employees showed.  “We’re happy to have been able to help James create a lasting improvement that greatly-enhances the park access to all individuals and to participate in a truly beneficial community project,” Martin said.