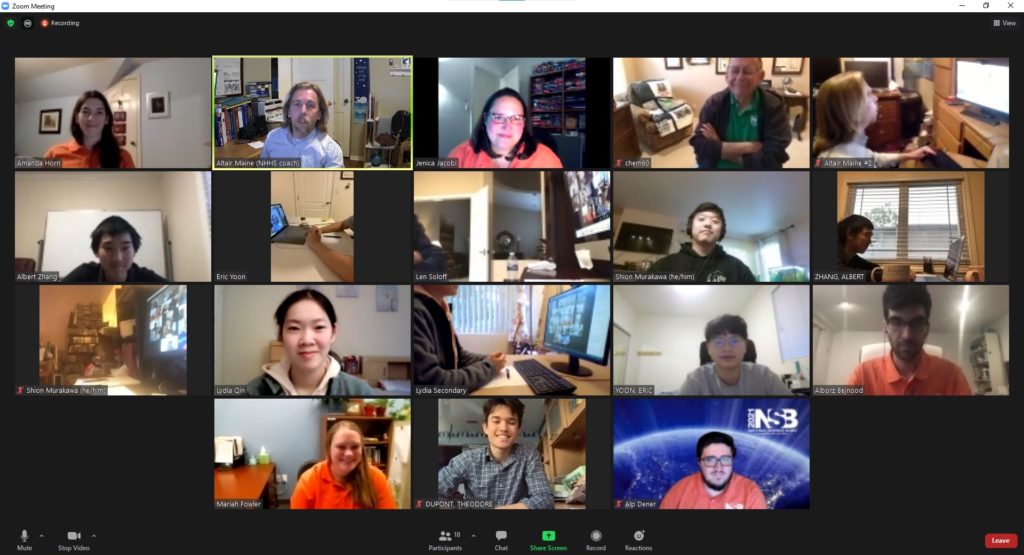 LOS ANGELES (Saturday, May 22, 2021) – North Hollywood High School won the U.S. Department of Energy Office of Science National Science Bowl Championship, Saturday, May 22. The team competed in a field of 64 teams. It is the school’s second National Science Bowl championship. The first title was won in 2001. The school has placed among the top five teams 12 times at the national event over the years.

This title marks the fifth time that an LADWP regional championship team has won the National Science Bowl. It is also 15th time that a regional championship team from Los Angeles placed first though fifth in this program since 1993. Last year North Hollywood placed among the top four teams during the virtual finals, third in 2019 and second in 2018.

To qualify for the national competition, the North Hollywood High School team won the 2021 LADWP Science Bowl Regional Competition in February, the school’s 22nd regional title in the last 24 years.

Science Bowl is a proud LADWP tradition and example of the Department’s commitment to the Los Angeles educational community. LADWP educational programs include the Adopt-A-School Program and an electric safety program for elementary students. This year LADWP is partnering with two non-profit organizations presenting virtual school education programs which focus on water and energy conservation. LADWP is providing career education presentations on a national virtual platform and has also expanded its virtual and digital resources for teachers and students.
*****
Contact: Walter Zeisl, LADWP Manager of Education Outreach, (213) 367-1342.