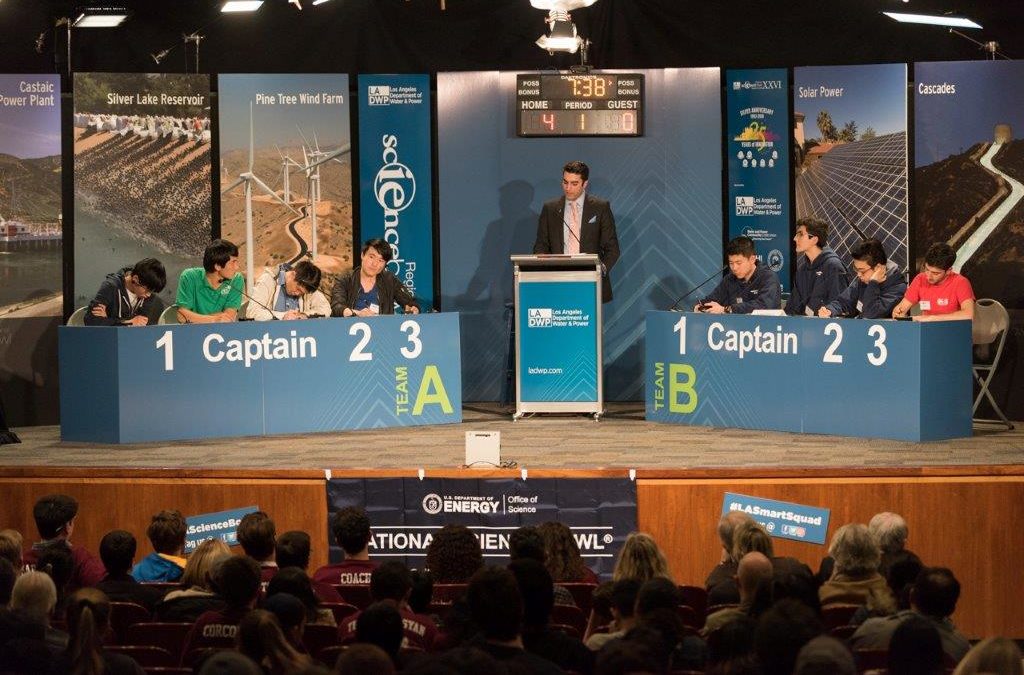 Members of the North Hollywood High School’s A Team each receive the $1,000 Hitachi Scholarship and an all-expense paid trip to Washington, DC from April 26 to April 30 to represent the City of Los Angeles and compete at the U.S. Department of Energy National Science Bowl. The trip is funded by the U.S. Department of Energy Office of Science. The team will compete in a field of 64 high school champions from 40 states, the District of Columbia and Puerto Rico. A total of eight teams from California will participate.

In the hands-on competition, John Marshall High School was the recipient of the first place Franklin Lu Hands-On Trophy, presented in memory of the late LADWP engineer and Science Bowl volunteer. Team members also received a $250 scholarship and the coach an $150 stipend award. The second place scholarship award was presented to Foshay Learning Center. Third and fourth place scholarships were awarded to El Camino Charter High School Team B and New Designs Charter High School Team B, respectively. This year the Water and Power Community Credit Union sponsored all the scholarships in the hands-on competition.

Science Bowl is a proud LADWP tradition and an example of the Department’s commitment to the Los Angeles community. Each year, LADWP Science Bowl tests the region’s sharpest students’ reflexes, teamwork skills and knowledge in a fun competitive atmosphere using a television game show format that involves answering toss-up and bonus questions, buzzers and timed responses.

The event was also made possible through the efforts of more than 100 volunteers, mainly LADWP employees, their families and past Science Bowl participants. The National Science Bowl is among the nation’s largest science-based academic competitions and the only one sponsored by a federal agency. Since its inception in 1991, more than 275,000 students have participated in the program.

LADWP is one of only a few utilities in the nation that serves as a coordinating regional Science Bowl sponsor and host. The LADWP is the nation’s largest municipally-owned utility and has provided water and energy services to the residents and businesses in the City of Los Angeles for more than a century. The utility has 1.5 million electric customers and 680,000 water customers.