“Living with limited water resources isn’t just a phase — it’s the new normal, and we have to work together as a region if we want to ensure that we can count on access to water for generations to come,” said Mayor Eric Garcetti. “This partnership is about more than how we respond in a dry year — it’s about how we prepare our region for tomorrow. We have always stepped up when asked to lower our water use, and now, I’m calling on every resident in Southern California to do their part again to meet our goal to reduce usage by 15 percent.”

LADWP has two primary imported water supplies via MWD that are experiencing severe shortages: the State Water Project and the Colorado River. As a result of today’s partnership, LADWP has committed to give a portion of their State Water Project allocation back to MWD in order to service areas of the region that do not have access to the Colorado River, and instead will use the reserves they have built up from past conservation efforts. The agreement ensures that LADWP customers aren’t penalized with increased charges for the water shift.

Due to previous conservation efforts and investments in storage and new technology, the Southern California region is better positioned to manage the drought than much of the rest of the State. As current dry conditions continue to break records, it has become imperative that conservation efforts improve to protect the longevity of future water supplies.

“We’ve managed through this dry year thanks to innovative shifts in our operations, water stored in reserves and increased water efficiency across the region. But we’re facing unprecedented conditions in our Northern California reservoirs, and next year could be an even bigger challenge. So we need everyone to work together to save water, particularly in communities that rely on the State Water Project,” Metropolitan Chairwoman Gloria Gray said.

“We are pleased to partner with MWD and our sister agencies, the Calleguas and Las Virgenes Municipal Water Districts, while we all work to further conserve water and maximize our systems in a way that ensures water reliability for the region,” said Anselmo Collins, LADWP’s Senior Assistant General of Water System. “The key to being resilient during dry weather periods is to continue investing in and strengthening our local water supply. That is why we’re working on expanding our local stormwater capture capabilities through large and small infrastructure projects. This is all to ensure a stronger and more sustainable water future, not just for LA, but for the region as a whole.”

“Together, all of us can make a big difference by embracing Conservation as a California Way of Life,” said Jay Lewitt, President of the Board for Las Virgenes Municipal Water District. “But long-term water supply reliability will require significant investments to diversify our portfolios and modernize the State Water Project.  Here at LVMWD, we plan to locally source 15% of our water supply through the Pure Water Project Las Virgenes – Triunfo, an indirect potable reuse project treating recycled water to above drinking water standards.”

“On behalf of Calleguas, I would like to thank LADWP and the Metropolitan Water District for this creative approach in managing through this drought year and into next year. Collaboration amongst all these agencies speaks to the importance of preserving and protecting this vital resource,” said Steve Blois, Board President of Calleguas Municipal Water District. “California has faced drought before, but not under such extreme, dry conditions. We all must work together to explore the full capabilities of our water systems.”

In response to the 2014 drought, Mayor Garcetti signed Executive Directive 5, which set a 20 percent reduction target by 2017. ED 5 successfully reduced potable water use from 133 to 106 gallons per capita by February 2017. Two years later, Mayor Garcetti announced that the City would recycle 100 percent of its wastewater for reuse by 2035 at the Hyperion Water Reclamation Plant.  Since Mayor Garcetti took office in 2013, the City of Los Angeles has saved around 221.6 billion gallons of water through various water conservation programs and initiatives. 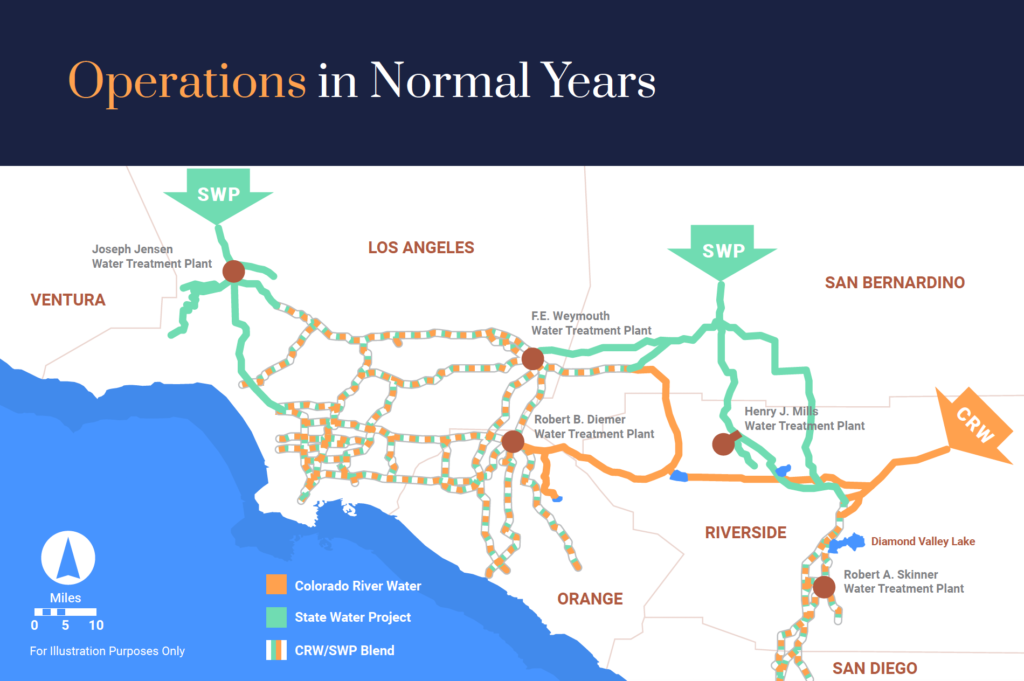 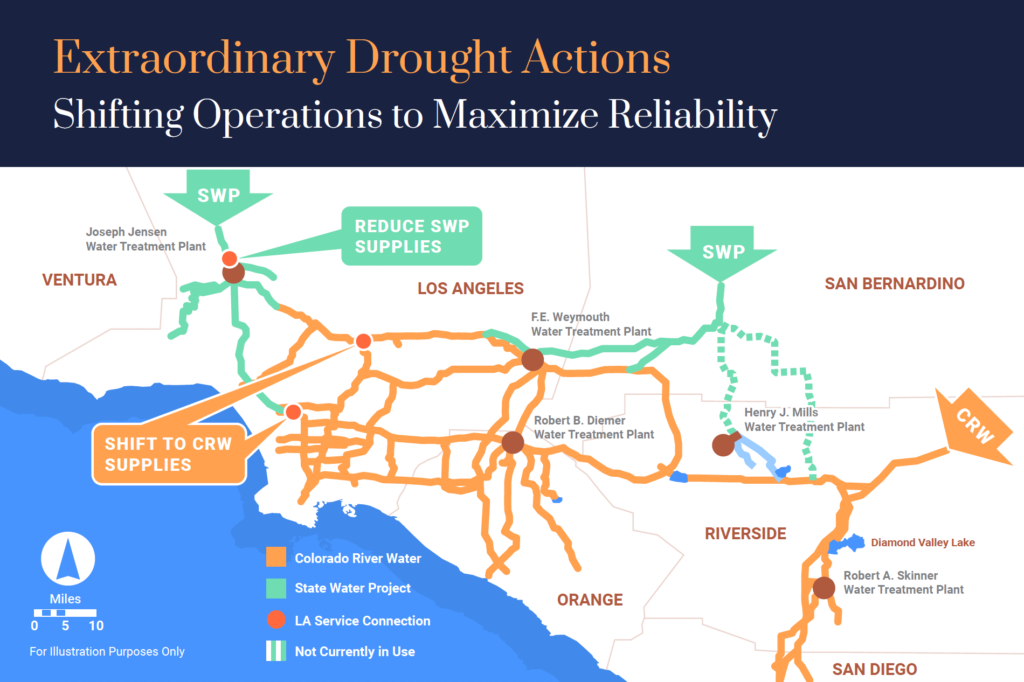