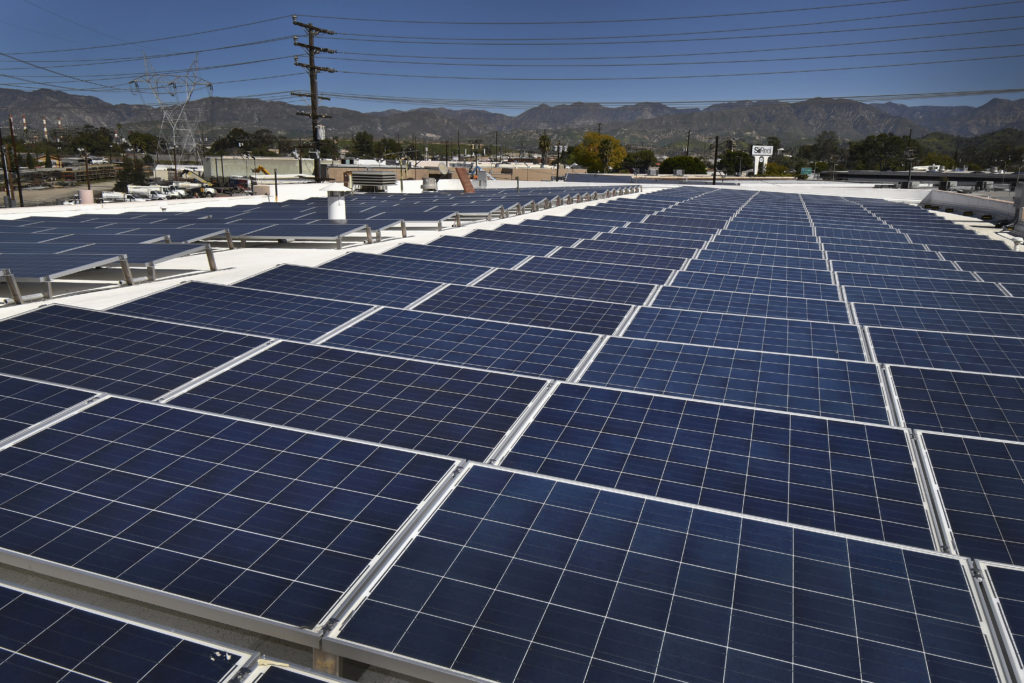 L.A. has ranked first among U.S. cities for installed solar six of the last seven years in Shining Cities report

(July 23, 2020)–The City of Los Angeles and the Los Angeles Department of Water and Power (LADWP) have once again been recognized as nationwide leaders in fostering the installation of solar photovoltaic (PV) systems. In the recently published Environment America Research & Policy Center’s Shining Cities 2020: The Top U.S. Cities for Solar Energy report, which covers the year 2019, Los Angeles ranked number one out of 57 cities surveyed in total installed solar capacity for the third consecutive year, a title the city also held from 2013 to 2015.

“Los Angeles knows that our leadership in solar power is a down payment on the health and well-being of local families, workers, and communities for years to come,” said Mayor Eric Garcetti. “Even as we dedicate our time, energy, creativity and resolve to confronting the immediate challenge of COVID-19, we will keep taking steps to combat the climate crisis – to reduce emissions, create good-paying jobs, keep our promises of equity and forge a zero-carbon, green-energy future.”

Los Angeles has a total installed solar PV capacity of 483.8 megawatts (MW), a 15 percent increase compared to 2018. That amount of clean energy is enough to power approximately 134,000 homes and eliminate 280,000 metric tons of greenhouse gas emissions, the equivalent of removing 60,150 gas-fueled cars off the road. The city also increased its solar PV per capita by 16.2 MW, and moved up from 105 watts per person to 121 watts per person, a 15 percent increase over the prior year.

“Solar is a key component of Los Angeles’ and LADWP’s renewable energy strategy, and Angelenos continue to do their part to harness the abundant sunshine, helping us meet our aggressive goals and combat climate change,” said Martin Adams, LADWP General Manager and Chief Engineer. “Through our own community solar programs as well as by investing in utility-scale solar, LADWP is committed to transforming our power supply to create a cleaner, greener and more prosperous city.”

To boost solar development on Los Angeles’ commercial properties, LADWP launched the Feed-in Tariff (FIT) program in 2013. The next phase of the Feed-in Tariff program, currently under development, will introduce storage paired with solar in order to time-shift energy delivery in specific L.A. zones. LADWP is also developing a Virtual Net Energy Metering pilot program to increase PV solar installations on apartments and other multi-family buildings.

“LADWP has designed our community solar programs to make going solar attractive and accessible to residents and businesses,” said Reiko Kerr, Senior Assistant General Manager of LADWP Power System Engineering, Planning and Technical Services. “We are especially focusing on making our programs equitable for customers who have had economic or physical barriers to accessing solar, such as those located in disadvantaged communities or residing in multi-family dwellings.”