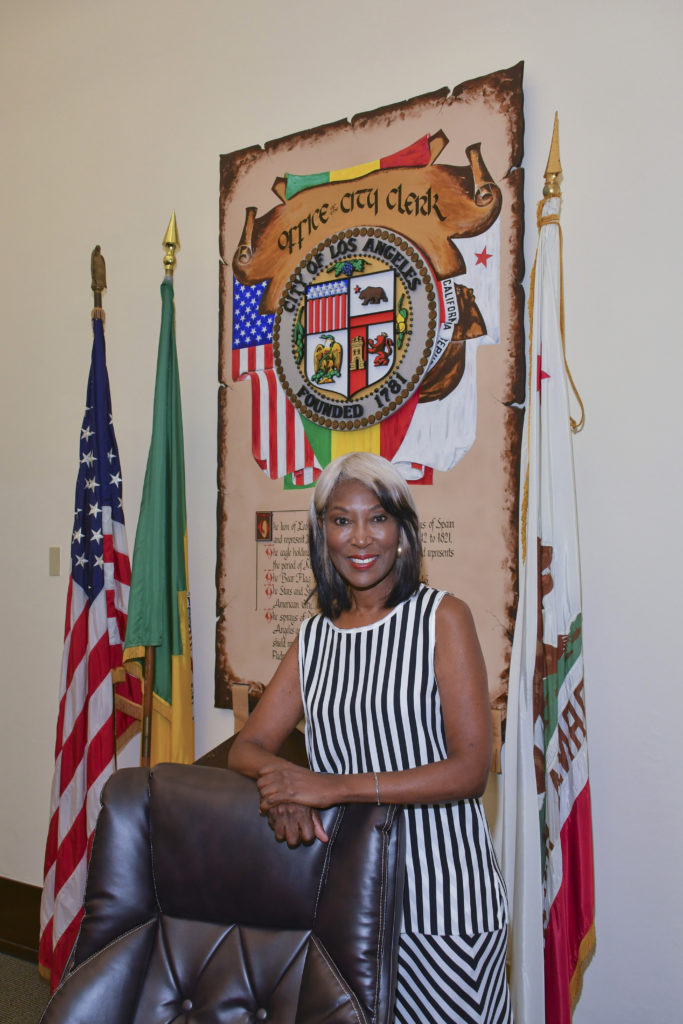 LOS ANGELES  (August 16, 2018) – The Los Angeles City Council has confirmed Mayor Eric Garcetti’s appointment of Cynthia McClain-Hill to the Board of Water and Power Commissioners by unanimous vote. McClain-Hill has been appointed to a four-year term, filling the vacancy created by the resignation of Board Vice-President William W. Funderburk, Jr.

McClain-Hill, who has served on the Police Commission since 2016, is a widely respected attorney and public policy strategist with an outstanding record of service — including at the City’s Community Redevelopment Agency, and as a past member of the California Coastal Commission, the California Fair Political Practices Commission (FPPC), the CalEPA Environmental Justice Advisory Working Group, and the Los Angeles City Small and Local Business Advisory Commission. She is managing director of Strategic Counsel PLC, and served as president of the National Association of Women Business Owners in 2008-2009.

“From her first day as a police commissioner, Cynthia has been a passionate, powerful voice for building new bridges between the LAPD and the communities that depend on the Department to keep our neighborhoods safe,” said Mayor Garcetti. “Cynthia never stops fighting to move L.A. forward — and I know that she will bring those same values to the job of overseeing a DWP that powers our households, empowers ratepayers, and leads the charge toward a sustainable, clean energy future.”

“Serving on the Police Commission has been an amazing opportunity. I am grateful to Mayor Garcetti, and will always have deep respect for the men and women of the LAPD and strong confidence in the leadership of Chief Michel Moore,” said McClain-Hill. “LADWP plays a very important role in the everyday lives of Angelenos, and I am thrilled to take on the challenge of helping to lead the Department into the future, protect the interests of ratepayers, and move forward on the goals of the Mayor’s Sustainable City Plan.”

LADWP General Manager David H. Wright added, “I very much look forward to working with Commissioner McClain-Hill as we continue to focus on investing in our water and power infrastructure, improving our customer’s experience and continuing to transform our water and power supplies to more sustainable resources.”