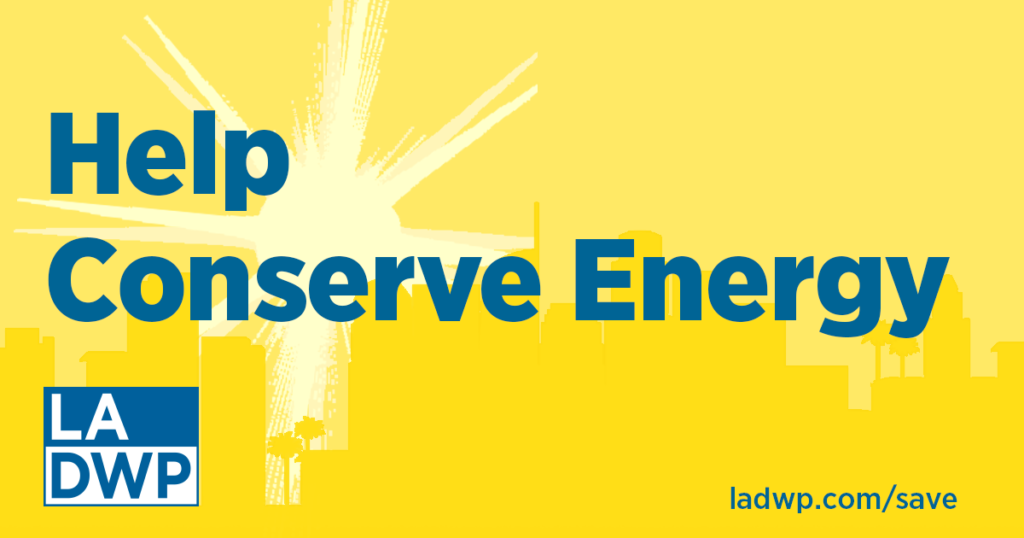 LOS ANGELES (August 17, 2022) –The California Independent System Operator (CAL- ISO) has issued a Flex Alert today, calling on all Californians to reduce their energy use from 4pm to 9pm. A Flex Alert is a call for voluntary electricity conservation during peak hours of energy use to lessen the strain on the state’s grid. CAL-ISO issued the Flex Alert due to predicted high temperatures in parts of the state that are expected to push up energy demand, primarily from air conditioning units, and strain available power supplies on the state grid.

LADWP has adequate supply to meet customer demand and emergency reserves within the City of Los Angeles at this time, but notes that conservation in Los Angeles can help to meet the energy needs in other parts of the state experiencing much higher temperatures and electricity supply constraints.

In order to help lessen the stress on neighborhood electrical infrastructure that is stressed by higher electricity demand during heat waves, and to help out the state grid, LADWP recommends the following tips to save energy: