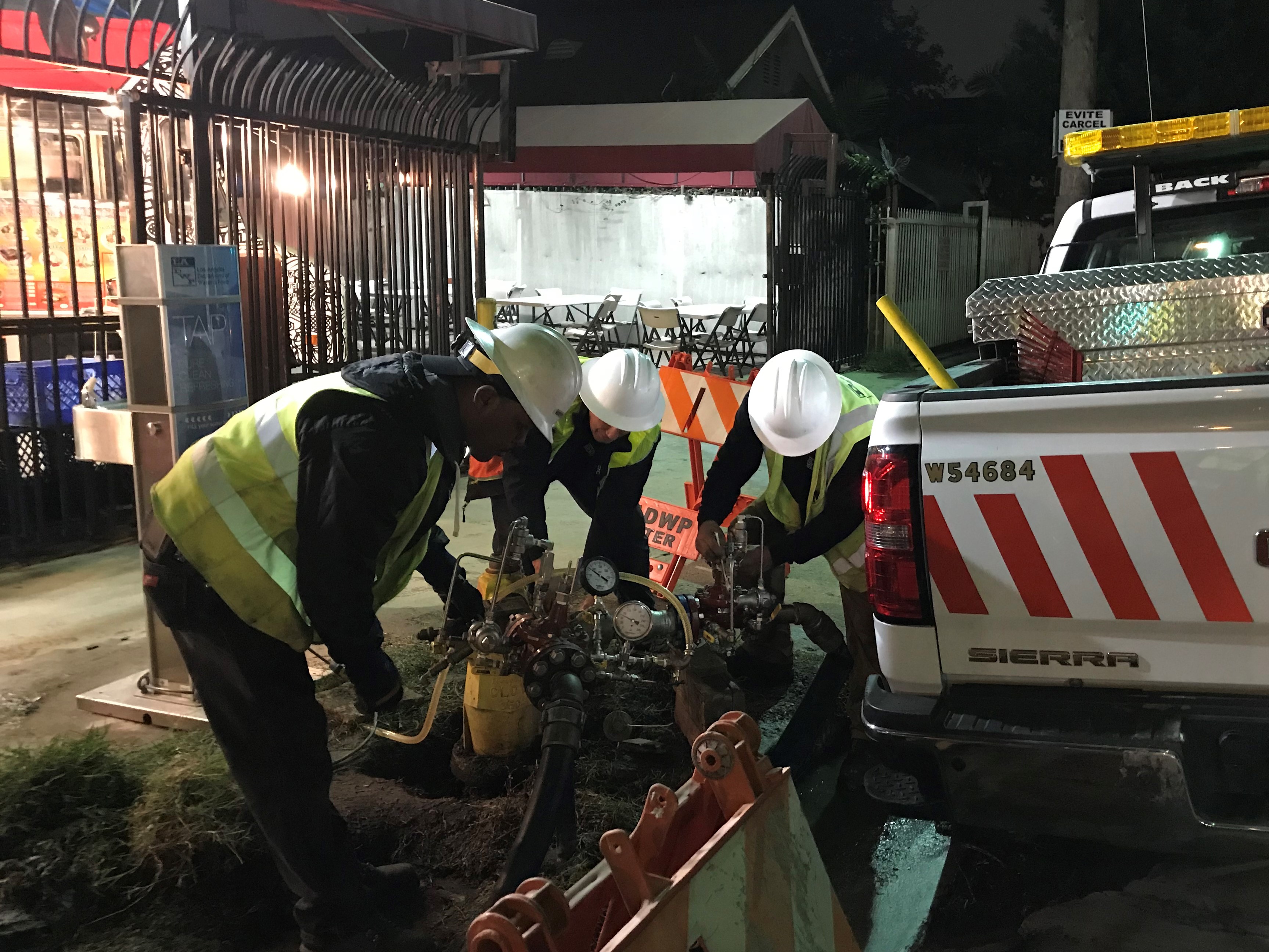 LOS ANGELES (December 23, 2018) – The Los Angeles Department of Water and Power (LADWP) has issued a boil water notice after satisfactory results from the first round of water quality testing, in an effort to restore water service for household and sanitary needs to customers affected by the East 55th Street water main break in South Los Angeles.  Until satisfactory results from a second round of water quality testing are confirmed, LADWP and the California Division of Drinking Water are advising customers in the affected area to boil their water before drinking. This boil water advisory also applies to water that is used for brushing teeth, making ice cubes, washing produce, and preparing food. Results from the second round of water quality testing are expected the evening of Monday, December 24, 2018 which will allow LADWP to restore drinking water service.

LADWP notified customers earlier this evening by phone and by distributing notices door-to-door. Customers were also advised that, before using water for any purpose, pipes need to be flushed by letting cold water run for about five minutes. Water pressure will be low and may cause a rattling noise – this is normal. Water may also appear ‘muddy’ and water conservation is advised due to the temporary low water pressure.

Water should not be consumed or used in food preparation without first boiling it. Affected customers are advised to bring all water to a boil, let it boil for one (1) minute, and let it cool before using, or use bottled water. This is the preferred method to assure that the water is safe to drink.

LADWP will continue providing drinking water for residents until the Boil Water Notice is lifted. Cases of bottled water are being distributed to customers, and LADWP’s mobile water truck with fresh drinking water is stationed on 55th Street and San Pedro Street. Further, three water stations – suitable for drinking water purposes – have been connected at the 55th Street intersections of Main, San Pedro and Avalon Streets.

For sanitary, non-drinking uses –for force-flushing toilets and hand-washing– LADWP has five water stations, and buckets in the vicinity of the water main break to meet the needs of residents.

LADWP crews continue making progress on street clean-up and repairs, with three residences pending clearance by the Department of Building & Safety before residents can return home. LADWP continues to provide lodging and meals for displaced residents who still need housing or prefer not to return home until their water is determined safe to drink. By Sunday afternoon, all displaced residents were allowed access to their homes to obtain personal items and necessities.

For information on how affected customers can file a damage claim with LADWP, visit: www.ladwpnews.com/information-on-how-to-file-a-claim/.