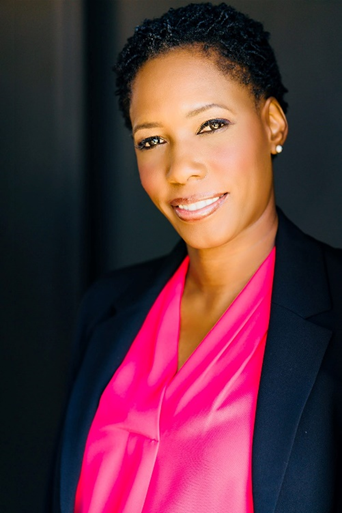 LOS ANGELES (July 7, 2021) — As part of the ongoing initiatives to advance diversity and equity, Monique Earl has been named to lead the newly-created Office of Diversity, Equity and Inclusion at the Los Angeles Department of Water and Power.  Earl will become part of the senior management team reporting to General Manager Martin Adams, and will be responsible for the oversight of policies, practices and programs designed to improve diversity and opportunities throughout LADWP and position the agency to better serve communities with the highest needs. As a Senior Assistant General Manager, Earl will also work to provide leadership, guidance and support in the internal and external development and implementation of the department’s Racial Equity Action Initiatives.

Earl has a strong leadership background having served as Chief Deputy Controller for City Controller Ron Galperin and Deputy Mayor of Budget and Financial Policy in the administration of Mayor Antonio Villaraigosa. She also has a long record of managing Diversity, Equity and Inclusion efforts with a focus on workforce development, contracting, economic development and community engagement.

LADWP Board President, Cynthia McClain-Hill, a key architect behind the department’s Racial Equity Action Initiatives, said she was looking forward to working with Earl on the meaningful new Initiatives at LADWP. “Equity is about making sure everyone, especially people from historically disadvantaged backgrounds, have the opportunity to be successful at LADWP.  Monique Earl will be a welcome addition as LADWP’s first Chief Diversity, Equity and Inclusion Officer during this critical time,” said President McClain-Hill.

General Manager and Chief Engineer, Martin Adams said he wants to ensure Diversity, Equity and Inclusion are not only valued, but reflected in every aspect of the department’s operations moving forward. “I am thrilled to have Monique join our leadership team. The energy, enthusiasm, and experience she brings will help LADWP move forward in all areas of DEI, both with our internal staff as well as how we serve communities across Los Angeles. Monique will play a key role in helping us make LADWP the best public agency it can be.”

“It is an honor and huge responsibility to join LADWP in this pivotal role. I look forward to building upon the DEI foundation the Department is laying and establishing a culture where everyone feels seen, heard and valued,” Ms. Earl said.

The creation of the Office of Diversity, Equity and Inclusion took on a sense of urgency after Mayor Eric Garcetti issued Executive Directive No. 27.  The Directive was issued after the death of George Floyd and unprecedented nationwide demonstrations for social justice and elimination of institutional racism.  The Executive Directive instructs all city departments to create a Racial Equity Action Plan to promote equity throughout Los Angeles. The broader set of Initiatives, along with efforts to address gender equity and other workforce diversity issues, will be led by Earl and the new DEI office.