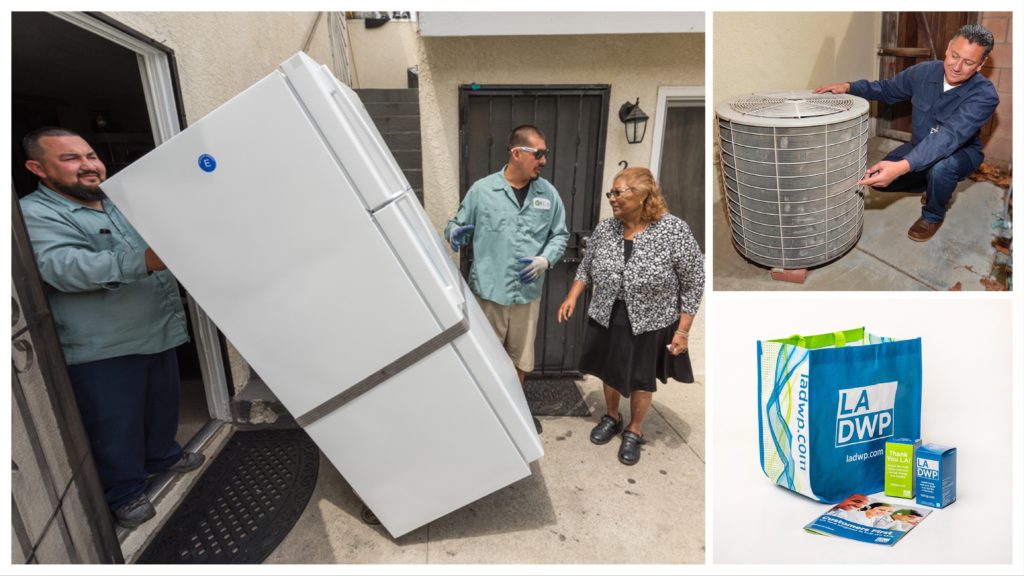 LOS ANGELES (February 20, 2020)–The Los Angeles Department of Water and Power (LADWP) tied for the biggest overall point gain on a variety of energy efficiency metrics, and placed in the top ten among 52 large U.S. utilities for its impressive energy-saving efforts, according to the 2020 Utility Energy Efficiency Scorecard released Thursday February 20, 2020 by the American Council for an Energy-Efficient Economy (ACEEE).

LADWP increased energy savings 54 percent from 2015 to 2018 and investments in energy efficiency more than 50 percent during that timeframe, distinguishing itself as one of two “most improved” utilities by the 2020 Scorecard, along with Consumers Energy. The utility also dramatically grew its number of energy-saving offerings, including those that utilize less common, emerging technologies such as high-efficiency ceiling fans and zero net energy buildings.

LADWP’s strong showing on the ACEEE’s 2020 Scorecard reflects the Department’s commitment to creating a clean energy future for Los Angeles and meeting the aggressive goals set forth in Mayor Eric Garcetti’s Green New Deal. Energy efficiency is a key strategy for transitioning the city’s power supply to 100 percent clean energy.

“Energy efficiency is foundational to achieving our larger objective of decarbonizing our energy supply and our economy equitably, so that all customers enjoy a more healthful and sustainable environment,” said LADWP Sustainability Officer Nancy Sutley. “At the same time, we are keeping customer bills as low as possible by optimizing the energy usage across all customer segments and reducing the need for costly infrastructure upgrades.”

Steve Nadel, ACEEE’s executive director, said: “We applaud LADWP for its innovation and leadership on energy efficiency in the utility sector.” LADWP ranks 7th in the latest report, rising 13 places since the first scorecard in 2017.

The Scorecard cited LADWP’s improvements in creating a comprehensive portfolio of energy efficiency solutions, including 13 programs using emerging technologies compared to three in the prior Scorecard. These are targeted toward a more diverse range of customers and end uses.

LADWP achieved over 1.5 percent megawatt-hour (MWh) savings as a percentage of total energy sales, and increased its investment from $78.6 million to $135.2 million, or 3.2 percent of energy sales. LADWP also achieved the third highest energy savings per low-income customers.

The Scorecard report noted that LADWP has undertaken unique programs in response to California greenhouse gas reduction legislation, including Senate Bill 350, which directs publicly owned utilities to double energy efficiency targets by 2030 and begin submitting integrated resource plans to meet those goals. Some of the programs cited by the report include LADWP’s free home energy efficiency upgrades. LADWP is also committed to converting all lighting in the city to efficient LED lighting through a number of programs, including a door-to-door LED bulb giveaway to all residential customers over the past three years.

The 2020 Utility Energy Efficiency Scorecard ranks utilities on 20 metrics based on their 2018 performance, policies, and programs, allocating 50 possible points.