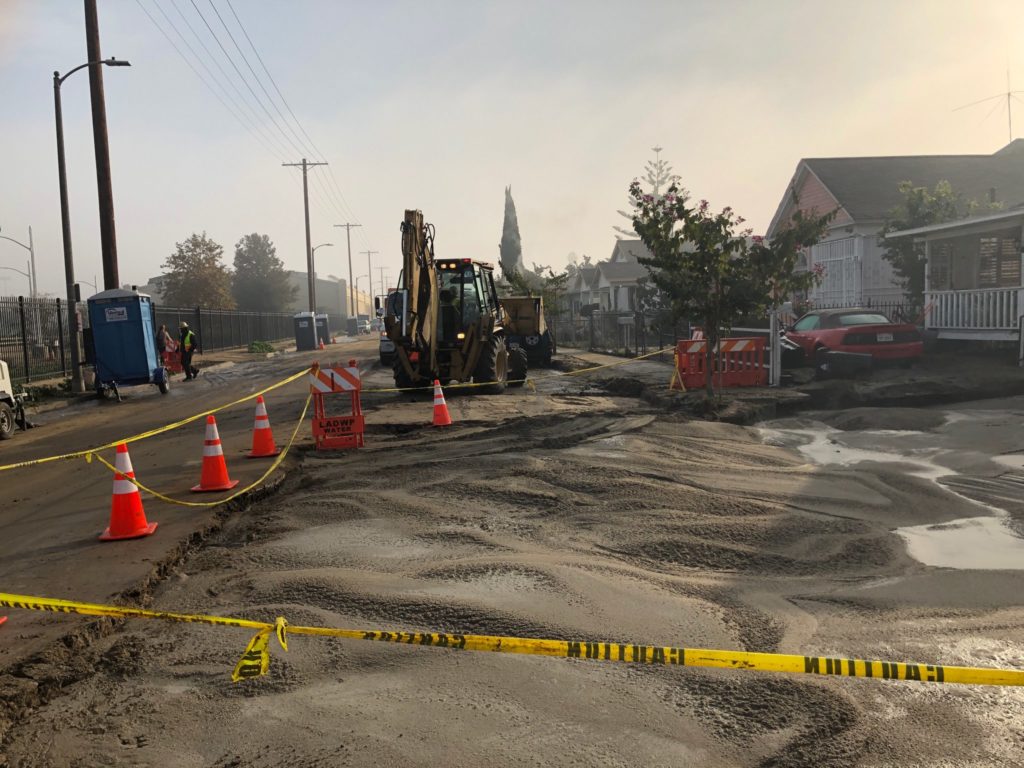 LOS ANGELES (December 23, 2018)- LADWP crews spent the night backfilling the section of 55th Street that ruptured when a 24-inch pipe burst early Friday morning. Crews at off-site locations continue to disinfect the new section of pipe to ensure the water we serve meets the highest water quality standards. Members of LADWP’s water quality team have taken several water samples and initiated testing. If initial test results come back favorably this afternoon, LADWP will be able to turn service back on to the 75 households without water. A boil water notice may be issued as part of that water restoration effort and remain in place until further follow-up tests validate the initial test results.

For sanitary, non-drinking uses– for force-flushing and hand-washing–LADWP has set up an additional water station for a total of five, and buckets in the vicinity of the water main break to meet the needs of residents. LADWP has dispatched repair personnel to ensure the six shower stalls are in working condition after receiving reports of no hot water Saturday night.

Five of the eight residences that were inaccessible were determined safe to access on Saturday and displaced residents were given the option of returning home. Once the backfill slurry poured early Sunday morning dries and the Department of Building and Safety gives the greenlight, the remaining three residences will be accessible no later than Tuesday evening.

LADWP continues to provide lodging and meals for residents who still need housing or prefer not to return home until their water is restored and determined safe to drink. 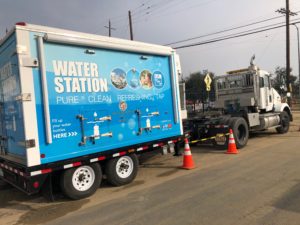 For information on how affected customers can file a damage claim with LADWP, visit: www.ladwpnews.com/information-on-how-to-file-a-claim/.