The 60,000 foot Scattergood-Olympic Cable A is the Longest Underground Transmission Line in LADWP’s Power System 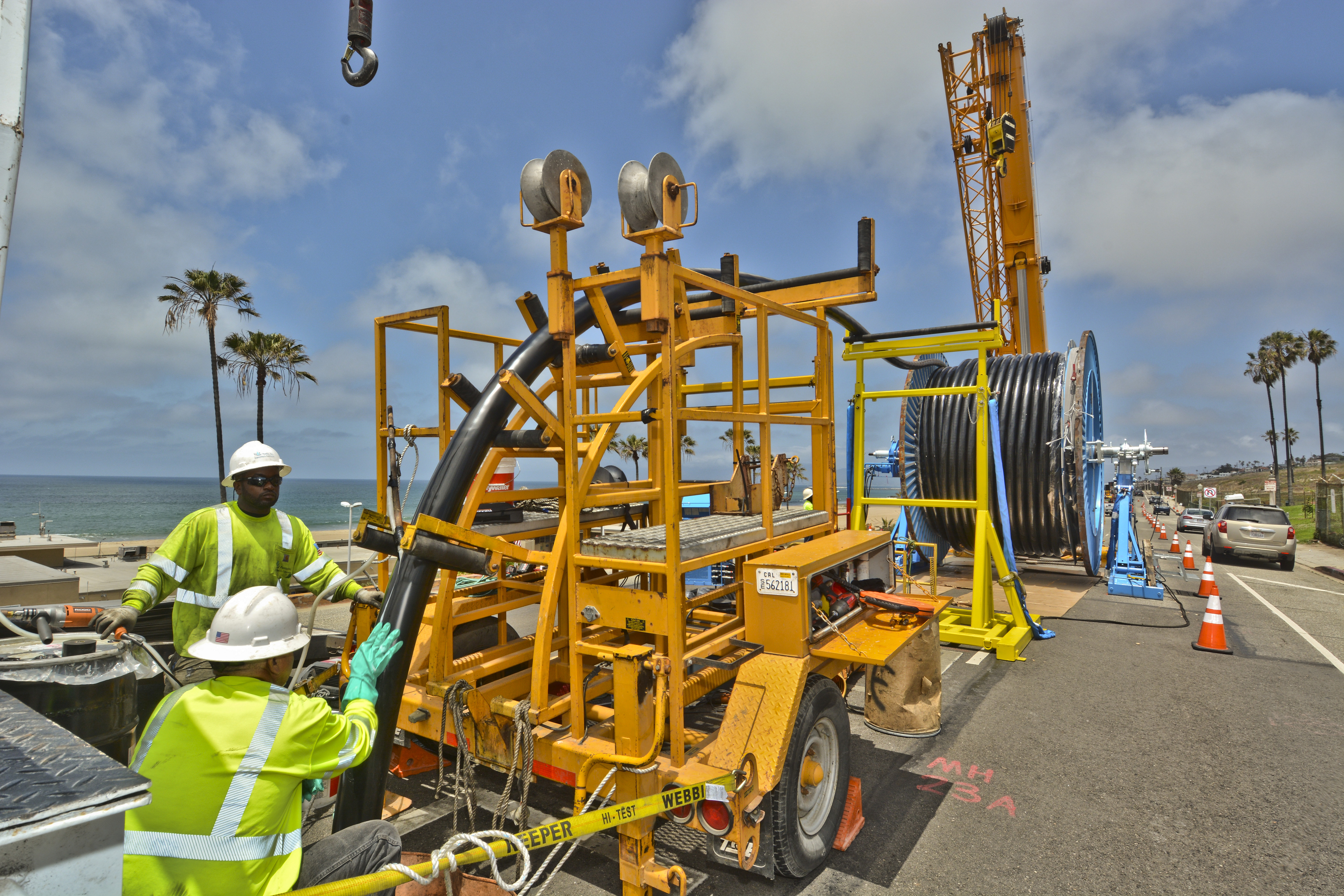 LOS ANGELES (September 26 , 2018) – The Los Angeles Department of Water and Power (LADWP)  has completed the Scattergood-Olympic Cable A Transmission Project, a critical piece of the Department’s plan to replace aging power infrastructure. The Scattergood-Olympic Cable A Transmission Line is the longest underground transmission line in the Department’s power system, measuring 11.4-miles. The cable is more than 6-inches in diameter and weighs 35 pounds per foot. The $130 million transmission line starts in West Los Angeles to the north to past Westchester to the south, and serves communities along that corridor as well as those as far north as the Pacific Palisades. It also connects to the larger high-transmission grid throughout the city, ensuring reliable electric service for millions of Angelenos.

“The Scattergood-Olympic Transmission Line increases our ability to provide safe and reliable power 24/7/365,” said Reiko Kerr, LADWP Senior Assistant General Manager of the Power System.“This project and other transmission line upgrades are critical parts of transforming LA’s power supply and rebuilding our aging power grid infrastructure so that we can effectively deliver increasing amounts of renewable power to our valued customers.”

The new transmission line is an addition to the original line which began commercial service in 1974 and had been experiencing reliability issues. The original line will be used a backup, should it be needed. With the completion of Scattergood-Olympic Cable A, power system reliability for western Los Angeles has been enhanced with improved system flexibility.

The Scattergood-Olympic Cable A line operates at 230 kilovolts (kV) and can transfer 656 megavolt amperes (MVA). The cable is connected through underground vaults that are located less than half a mile apart, which reduced the cost of installation and will improve reliability.