BURBANK (February 8, 2020)—The Los Angeles Department of Water and Power (LADWP), together the City of Burbank, held an open house today at an active LADWP construction site located behind a tall fence at Burbank’s Johnny Carson Park South, so area businesses and residents could learn about the important LADWP water infrastructure project taking place in their community. The River Supply Conduit 7 (RSC7) project is being staged at Johnny Carson Park South for the next two years to avoid construction work being performed on Riverside drive where it would have caused traffic impacts.

The centerpiece of this pipe replacement project is “Luciana” a 200-ton, 13-foot wide tunnel boring machine (TBM) transported here from Schwanau, Germany. “Luciana” has the capability of tunneling a distance of 60 feet in over a 24-hour period. Over the course of the next two years, “Luciana” will create a 13,000-foot long tunnel where a new 78-inch welded steel trunk line will be installed. 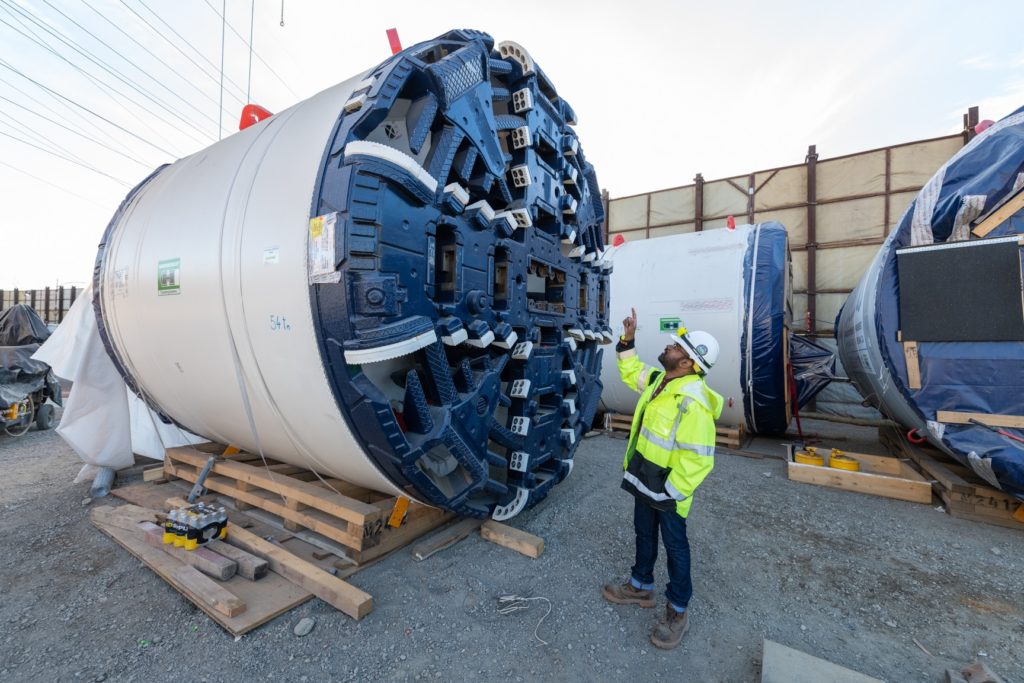 This project has been made possible through the cooperation and assistance of the City of Burbank, its officials, staff and residents. LADWP and the City of Los Angeles and its residents wish to thank Burbank for its support in this endeavor.

“The City is excited to lend a helping hand to our neighbors and support LADWP throughout this construction,” Mayor Springer said. “All Angelenos deserve clean, sustainable water as well as reliable services, and Burbank is proud to be a steward in that mission.”

“LADWP currently has many projects underway to improve water system reliability and provide high quality drinking water to the 4 million residents of Los Angeles,” said Richard Harasick, LADWP Senior Assistant General Manager of the Water System. “Because of their size and scope, trunk line projects are among the more challenging in our efforts to upgrade infrastructure. This RSC 7 project is a vitally important part of that overall effort, and I would like to thank both our outstanding LADWP project team and the City of Burbank and its residents for teaming up to help us make this project a success.”

Trunk lines, which are pipes that are greater than 20 inches in diameter, transport large amounts of water throughout the LADWP service area. The RSC7 project is needed at this time to replace aging pipes installed in the 1940s that are approaching the end of their typical lifespan.

LADWP maintains over 7,300 miles of pipeline in its vast water distribution system and is in the process of replacing aging infrastructure, including trunk lines, made possible in part by the rate increases implemented in 2016. For instance, in fiscal year 2018-19, LADWP replaced over 7,000 feet of trunk line.