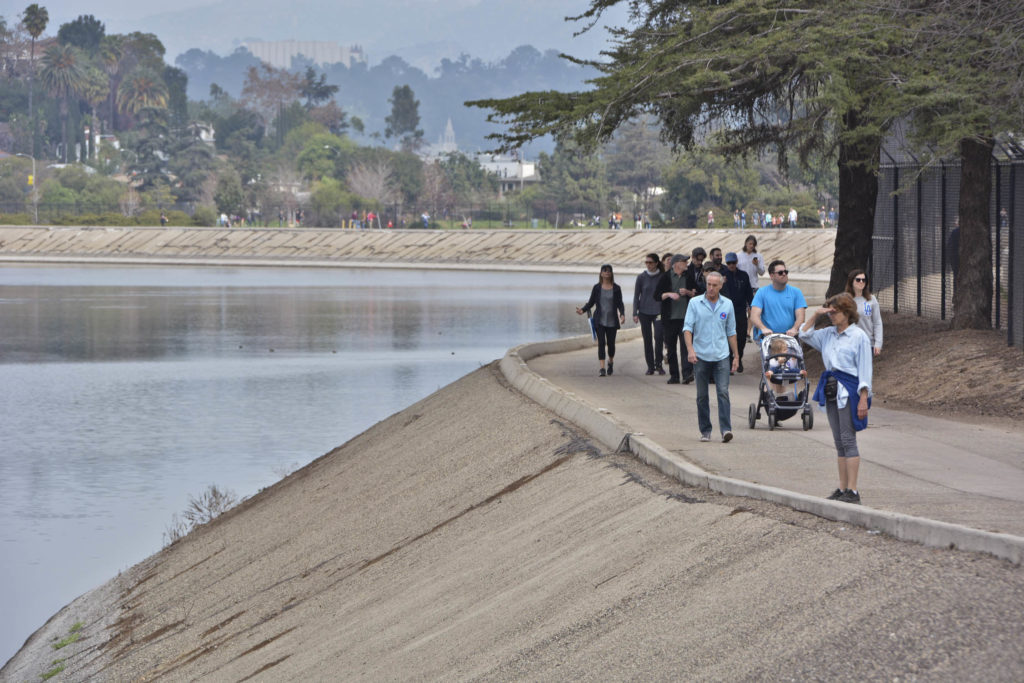 The event drew hundreds of enthusiasts from the community who gathered in cool temperatures to enjoy a walk across the new Walkway, and then onward for about 2.2 miles around the inside perimeter of the Reservoir Complex which, ordinarily, is not open to the public.

The new Walkway is a component of the Silver Lake Reservoir Complex Improvement Projects, a series of measures that are being implemented after feedback from local residents. Construction on the walkway itself began in Fall 2017 and was completed in late January. The Walkway stretches across the south dam between two existing gates and will be open to the public every day from dawn to dusk. Another Walkway across a dam at Ivanhoe Reservoir is scheduled to be completed in Fall 2018. 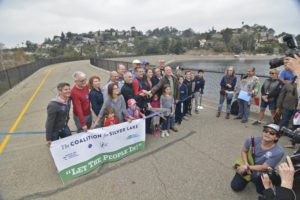 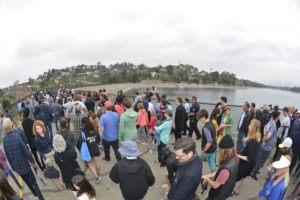