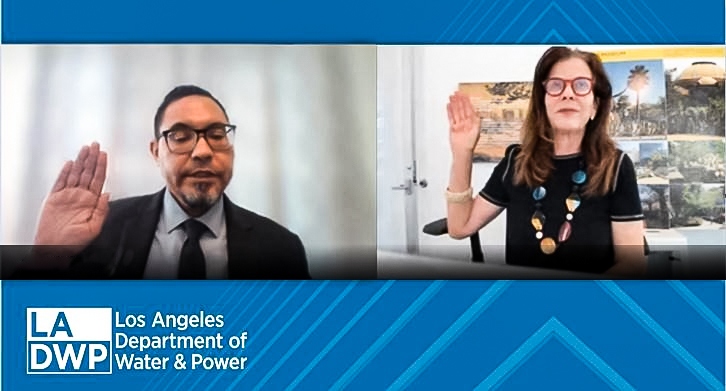 “Mia will bring her proven leadership, firsthand experience, deep expertise, and extraordinary drive to ensuring LADWP remains one of the most sustainable, reliable, and responsible public utilities in America,” said Mayor Garcetti at the time of her nomination in September. “When Mia takes her seat on the Board, we will make history for our city and mark a critical moment of progress on the road to true equity — all while deepening the department’s commitment to safeguarding our environment, combating climate change, and creating good-paying jobs.”

Mayor Garcetti has made gender equity a top priority from the beginning of his term in office, taking actions to bring parity and balance into the heart of City leadership. Women currently hold more than 50% of the positions on more than 40 City Boards and Commissions.

Raised in El Salvador, Lehrer earned her Master of Landscape Architecture at the Harvard Graduate School of Design and later founded Studio-MLA in 1996, an L.A. urban design and landscape architecture firm.She has lectured widely on landscape and urban design, including environmental and sustainability issues and the public process. Her firm has completed numerous projects including Franklin Ivar Park in Hollywood and Vista Hermosa Park in downtown Los Angeles.

“I’m excited and ready to join this board made up of talented and accomplished individuals who happen to be women, and who also reflect the diversity of the city we serve,” said Lehrer. “I want to thank Mayor Garcetti for this opportunity to serve and make a difference when it comes to securing an environmentally sustainable future for Los Angeles.”

Lehrer has served as a member of Los Angeles’ Cultural Affairs Commission, Zoning Advisory committee, and the Mayor’s Design Advisory Panel. But she is perhaps best known for her work on one of her passion projects—the restoration of habitat along the Los Angeles River and improving public access to the waterway. She served as a member of the team that delivered the City’s River Revitalization Master Plan and the 2020 Upper LA River and Tributaries Revitalization Plan.