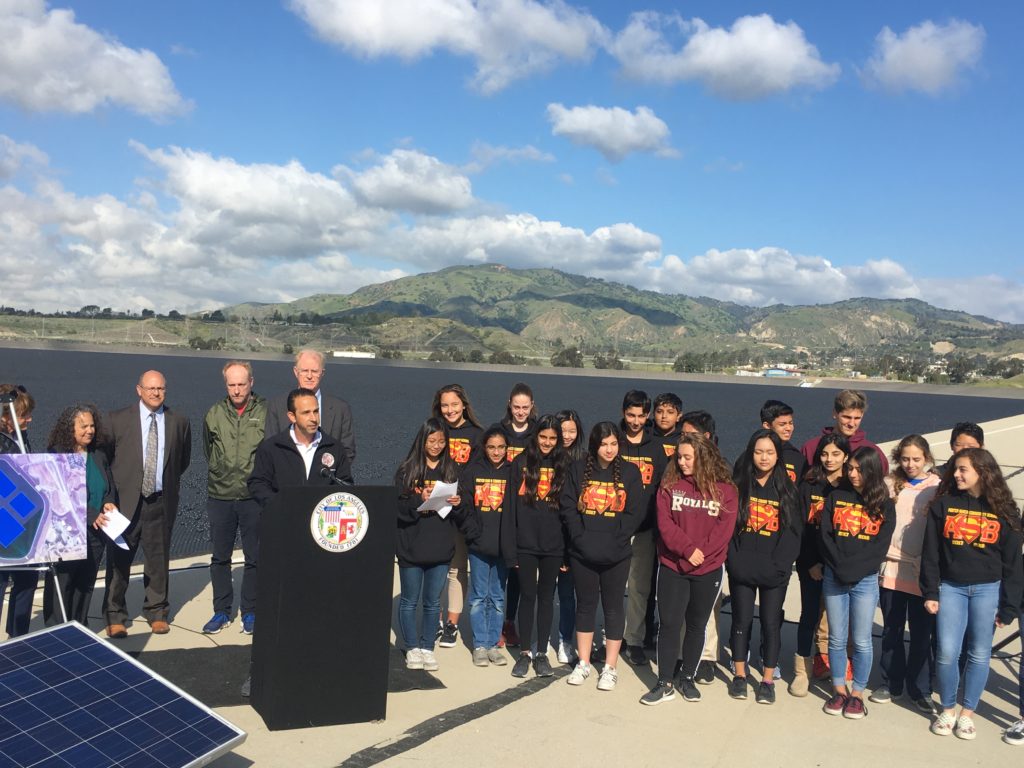 LOS ANGELES (April 19, 2018) – Today, Councilmember Mitchell Englander announced that he would introduce legislation calling for LADWP to establish “floating solar” panels on Los Angeles reservoirs. According to the State Renewable Portfolio Standards (RPS), retail sellers and publicly owned utilities are required to procure 50 percent of their electricity from renewable energy resources by 2030.

“Los Angeles is in a unique position to lead the country in the adoption of clean, renewable energy,” Councilmember Englander said. “With our geography, our climate, and our city-owned and operated utility, we have all the ingredients we need to push for the wide-use and adoption of solar energy. By co-locating these panels on city owned reservoirs, we eliminate the land-use cost and impacts of traditional solar panels.”

“LADWP is committed to renewable energy and a big part of putting us on the path to meeting the next milestone of 33 percent renewables by 2020 is investing in good, local projects that create clean energy in our own backyards,” said Martin Adams, LADWP’s Chief Operating Officer. “We want to thank Councilman Englander for introducing this motion that will help get the ball rolling here in the City on the innovative idea of floating solar,” said Martin Adams, LADWP’s Chief Operating Officer.

Los Angeles reservoirs provide hundreds of acres of local surface area that can be used as a platform for capturing solar energy. The legislation Councilmember Englander will introduce calls for a pilot program to test the feasibility of these projects.

Floating solar is an emerging and extremely efficient from of renewable clean energy. By covering the surface of reservoirs, floating solar conserves water by reducing evaporation and prevents harmful algae growth by blocking sunlight. Additionally, there is no land costs associated with the installation and there is greater efficiency of output due to the cooling effect of water.

The initial pilot calls for approximately 11.6 MegaWatts of solar installation on LADWP reservoirs. That is enough energy to power approximately 3,190 homes per year and to offset 15.9 million lbs. of CO2 emissions per year, or the equivalent of removing 1,567, cars from the road.

LADWP estimates that Los Angeles reservoirs have an achievable potential of 53 MW which translates to the electrical use of 21,000 homes annually or the equivalent of taking 10,320 cars off the road.