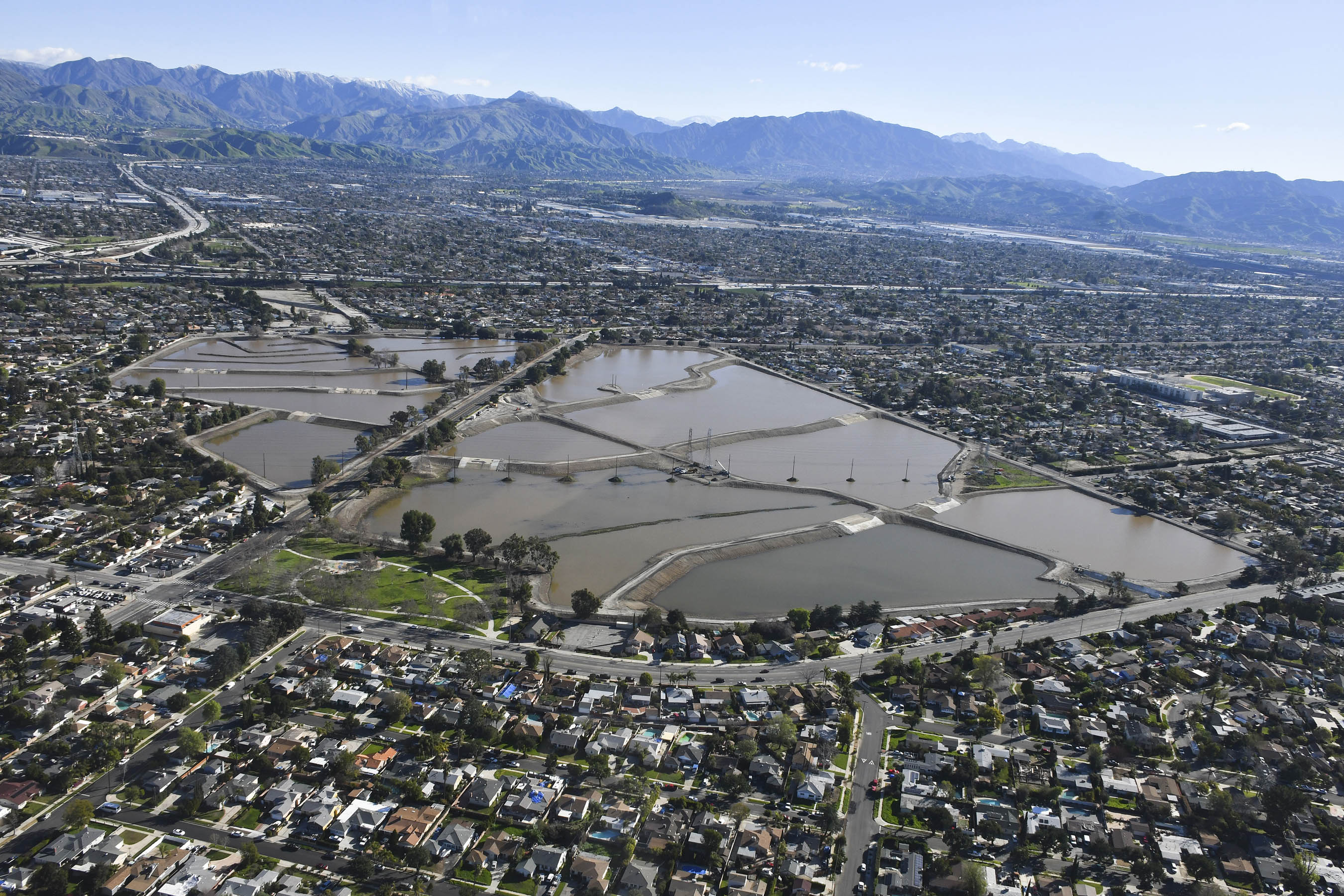 LOS ANGELES – The months of January and February brought enough snow and rain to boost the Eastern Sierra snowpack and rainfall in Los Angeles to well above average numbers. In Downtown Los Angeles alone, 18.5 inches of rain have fallen since the beginning of the water year on October 1, 2018. Recent rains have helped replenish the local groundwater aquifers in L.A. through the capture of an estimated 18.4 billion gallons of stormwater as of March 7, 2019. The Los Angeles Department of Water and Power (LADWP) estimates that amount of water is enough to supply 170,000 homes in L.A. for one year.

“Just letting this water rush out to the ocean is a missed opportunity we can’t afford. Instead, we want to collect and store more stormwater in local spreading grounds, to help the city increase our local water supply resources,” said LADWP General Manager, David H. Wright. “On a large scale, this means a massive investment of resources in regional stormwater capture projects, groundwater cleanup and replenishment, recycled water and conservation programs which are critical to ensuring L.A.’s water future.”

More than $2.4 billion in investments are planned by LADWP over the next 10 years in water system infrastructure improvements including local water supply development projects to increase the amount of stormwater capture. As part of this effort, LADWP is implementing large infrastructure projects such as the Tujunga Spreading Grounds Enhancement project, as well as smaller, local community-based stormwater capture projects like the Van Nuys Great Street project.

When it comes to conservation, LADWP offers many programs that assist customers with maximizing water efficiency and capturing rain water on their property including landscape transformation, and rain barrel and cistern rebates. Now using 110 gallons per person per day as of the end of 2018, LADWP customers have reduced overall water usage by 17 percent since the last major drought began in 2013. LADWP continues to offer water saving rebates and promote water conservation through the “Save the Drop”campaign.

“For decades, LADWP has led the way in defining what a water-efficient city should look like, continuously raising the bar for what’s achievable,” said Richard Harasick, LADWP Senior Assistant General Manager of Water System. “We welcome this wet winter, but we cannot count on it next year or the year after that. LADWP continues to stay committed to investing in expanding local water resource programs that take stress off of our Los Angeles Aqueduct supplies and ensure a more reliable water supply for future generations,” Harasick added.