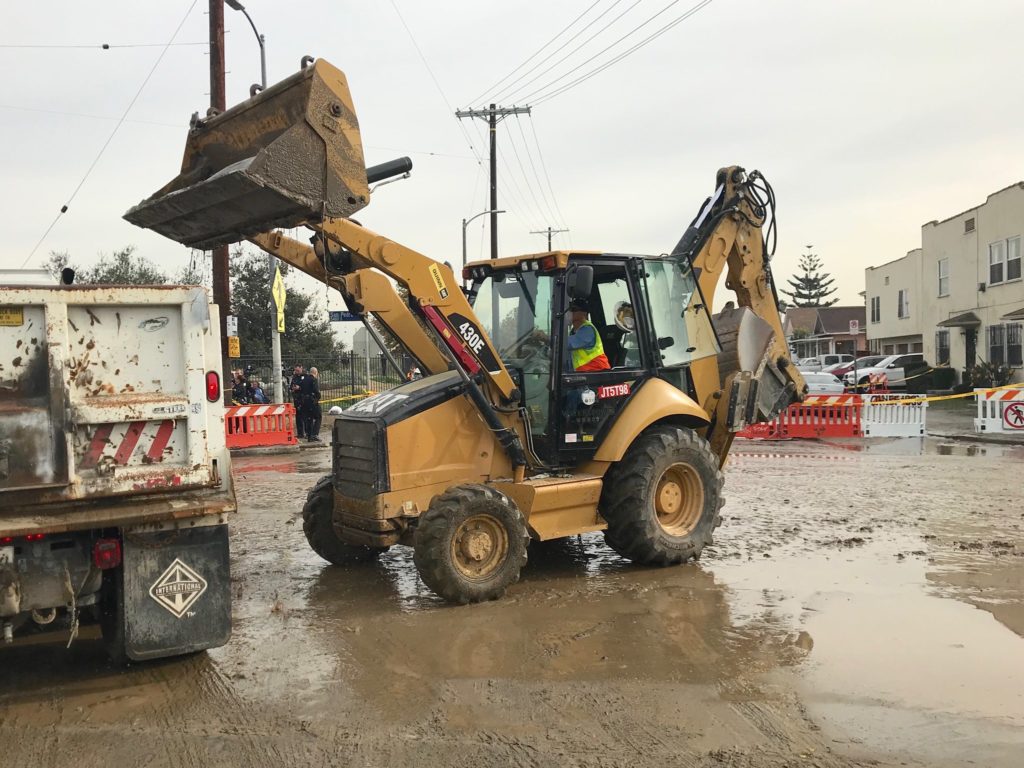 LOS ANGELES (December 21, 2018)-LADWP is working with the Red Cross as well as fellow City agencies including the Department of Recreation and Parks, Los Angeles Fire Department and the Department of Building and Safety to ensure the needs of those displaced by this morning’s water main break on 55th Street in South LA are met.

LADWP  is prepared to provide lodging and meals for affected residents. The 41 individuals displaced are being transported to the Department of Recreation and Parks’ Fred Roberts Recreation Center where lunch will be provided. Once lodging details are finalized, LADWP will transport residents to their hotel.

The City’s Department of Disability and the Department of Animal Services are also working with LADWP to support those who have special needs as well as those who own pets.

This water main that failed early this morning shortly after 5:00 a.m. on 55th Street in South LA was a 24-inch pipe that caused damage to some nearby residences. While the leak was shut down shortly before 9:00 a.m., 41 individuals from the affected households were evacuated from their homes so that the City’s Department of Building and Safety could assess the damage. Four vehicles also sustained serious damage as a result of the water main break.

Currently, 75 customers in the area are without water as crews work diligently to repair the damage to the pipe.  The Gas Company has shut off the gas line in the area of the water main break allowing LADWP crews to begin shoring and removal of cars. Safety to our crews and to our customers remains our top priority.

For information on how affected customers can file a damage claim with LADWP, please visit: www.ladwpnews.com/information-on-how-to-file-a-claim/. 55th and 56th Streets between Main and Avalon remain closed to traffic.